The psychological benefits of the commute, by Clockwise COO Alex Brunner

The Covid pandemic marked the first time that the majority of people found their living space suddenly doubling up as a workspace.

Nobel prize-winning economist Daniel Kahneman once said that commuting is “the most miserable part of our day” and with the average length being a 57 minutes round-trip, I used to agree. Yet somehow, many people whose commute became the 8 steps from their bedroom to their new office space in the living room found themselves suddenly less engaged and more exhausted than before.

As far back as 2001, a study in the US suggested that most people would choose to commute, even if they were given the option to stop. Although this daily trek to and from the office space is one of the less-mourned pre-Covid losses, it turns out that not commuting had a bigger impact on worker’s mental health than was previously thought.

Breaking it down, there are various arguments as to why this might be- Pre-pandemic, the commute was a daily grind that would force you to compromise on precious moments with family or sap your leisure time, leaving you feeling stressed, frustrated and exhausted. A shift in the way your company does business may mean that a traditional office is no longer a viable option for you. However, the hope is that by reconfiguring where we work to focus on a more localised approach and workspaces in regional hubs, we’ll receive the positives of the commute without the drawbacks.

To discuss our flexible approach to memberships for coworking spaces, private serviced offices or virtual set-ups, from Cheltenham and Wood Green to Belfast or Edinburgh, drop us an email and get back to the surprising benefits of the once-loathed but much-missed commute. 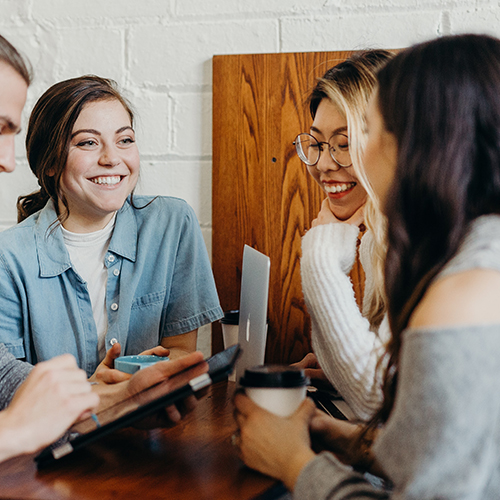 Why ignoring mental health is bad for business, by Clockwise COO Alexandra Brunner

Find out how spending money on mental health strategies can help you save money, increase productivity and do right by your team. The benefits of co-working over working from home

Working from home has a large number of downsides, resulting in the rise in popularity of the co-working office.

Book room as a non-member